This is the Greatest Comeback in Volleyball History (HD)

All Credits by FIVB:

- Watch ALL the Volleyball Action go.volleyball.world/TV?ytv=d

Dawid Konarski's 19-point haul drove Poland to claim victory in the deciding set. Konarski, who came off the bench to replace Bartosz Kurek in the second set, took a gallant stand as a starter in the succeeding sets that comprised of 18 attacks and a service ace. France’s Earvin Ngapeth charted 22 markers, including 19 attacks and three blocks.

France sharply played as they dictated the tempo in the first two stanzas. France started the first set with a great service game that dislodged the Polish defence. France also produced winners on the defensive end, which set-up hitters Antonin Rouzier and Ngapeth on the counter-attack. Rouzier and Ngapeth combined efforts and tallied 12 points in the opening set. On the other side, Kurek and Kubiak led the Polish offence but it was France’s defence that prevailed in the first set 25-22. France amplified their offensive thrust and their defence zoomed in on controlling Kurek. The French succeeded and silenced the Polish opposite to dominate in the second set 25-13.

France blew a golden opportunity to finish the match in straight sets but Konarski’s entry in the third set, changed the outcome of the game. France started well in the third set scoring four blocks in a row - three blocks coming from Nicolas Le Goff. Poland staged a big run and were able to reduce the lead of France to within one at 19-18, until Konarski levelled the score at 19-all. A huge exchange of strong hits and service blunders resulted to a tight contest between the two European sides. Konarski kept his side in the game and delivered crucial points that helped Poland extend the match 31-19. Poland utilised their momentum from the third set and dominated the French side in the fourth set 25-17 to force a tie-breaker.

Poland started the final set with the lead 5-4, but Ngapeth did not give up and sparked a French run to grab the lead 7-5. Poland staged a 3-0 run but France never recovered and conceded the set and match to the world champions 15-12.

Poland coach Stephane Antiga: “It was a beautiful victory for us. France led 2-0 but we never gave up. This is one of our characteristics. I'm lucky because I have a lot of high-level substitutes who can come in and turn the game. I want to congratulate my substitute players.”

Poland captain Michal Kubiak: “I'm very happy we won. We lost the second set pretty bad. New guys came into the court in the third set and led us to the win. The win is most important. We now have two wins here.”

Poland player Grzegorz Lomacz: “I'm very happy to win against a strong team. We showed our power and character with this victory. This is all down to how the players are connected as a team.”

France coach Laurent Tillie: “We had good concentration and attack at the beginning. Poland had Dawid Konarski and Fabian Drzyzga come in from the third set and they turned things around. We lost concentration and could not cope. The last five minutes of the third set was decisive. Poland are a strong team that plays beautiful volleyball. We will look ahead to the next matches.”

France captain Benjamin Toniutti: “The first two sets were good. It is very sad to end up with this result. We had a chance to win in the third set. They changed their pace and refreshed their mind and won. We will look to the upcoming games.”

France player Earvin Ngapeth: “We started well but halfway through the match we lost concentration. We were not able to foresee how the momentum goes and that is why we lost.” 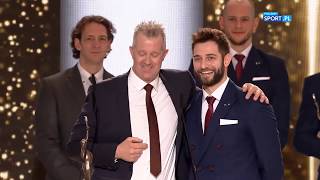 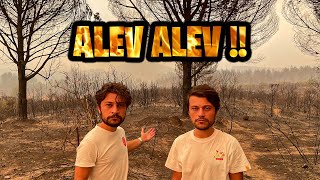 Ronaldinho: 14 Ridiculous Tricks That No One Expected